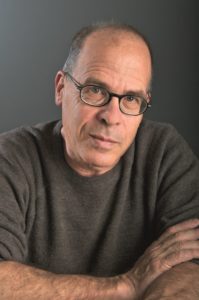 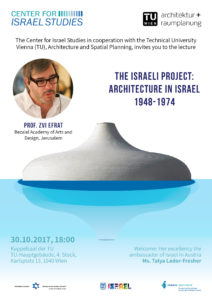 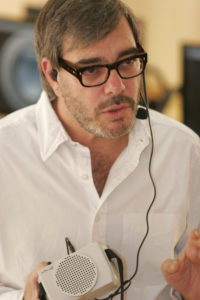 Prof. Dr. Zvi Efrat, Architect and Architectural Historian, is a partner at Efrat-Kowalsky Architects (EKA) and was Head of the Department of Architecture at the Bezalel Academy of Arts and Design, Jerusalem (2002-2010). He studied at Pratt Institute (professional degree), NYU (Cinema Studies) and Princeton University (PhD in the History and Theory of Architecture). He has taught at several universities, lectured worldwide, published extensively and curated numerous exhibitions, among them: Borderline Disorder (The Israeli Pavilion at the 8 the Architectural Biennale, Venice, 2002) and The Object of Zionism, Swiss Architecture Museum, Basel, 2011). His book, The Israeli Project: Building and Architecture 1948-1973, was published in Hebrew in 2004. Zvi’s book „The Israel Project: The Architecture of Zionism“, is due September 2017. The Office of Efrat-Kowalsky Architects (EKA) specializes in the design of museums and in the re-programming and re-use of existing structures. Among the office recent projects: design of performing arts campus in Jerusalem; renewal and expansion of the Israel Museum in Jerusalem; preservation and new additions to the City Museum of Tel Aviv.